We were proud to be with you at CEVISAMA 2020 Valencia Spain Stand No: N2-P1 A41 between 03-07 / 02/2020. We shared our newest products and designs with our valued guests. We thank you very much for your intense interest in us and our products. Betaş family is walking fast steps to become a world brand with you. Wishing to be with you again in CEVISAMA 2021. Betaş Glass Mosaic is always the most beautiful ....
CEVISAMA 2019

We have enjoyed to be back to Cevisama 2019. It was a great success for us to present our new design mosaics to our valuable customers. Hope to meet with you in 2020.
DUBAI BIG5 FAIR - NOV 2019 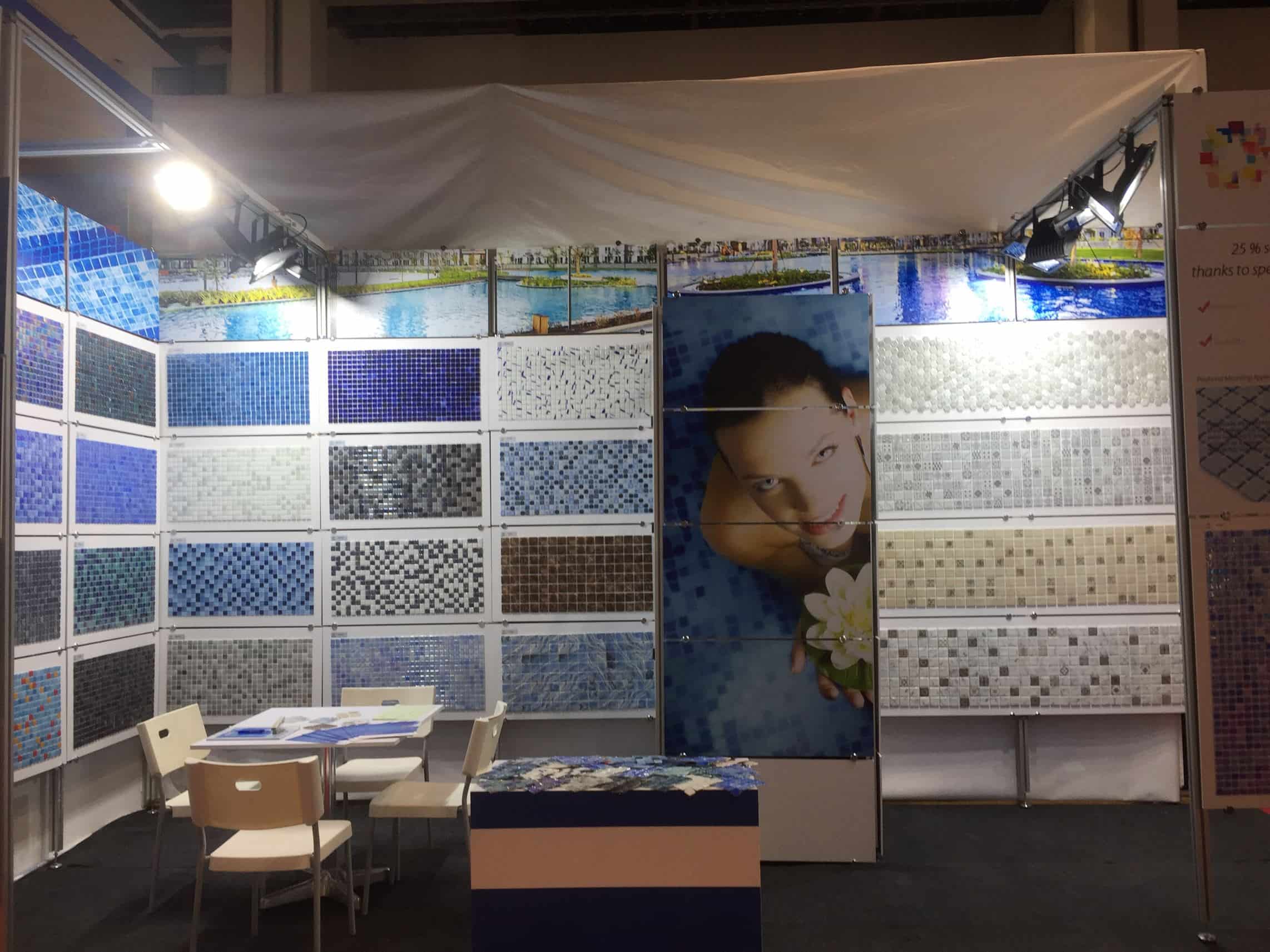 The Big 5 is the largest construction exhibition for the Middle East, Asia and Africa, attracting 68,000 high level buyers, suppliers and experts from across the entire construction cycle, from inception to completion. With 6 co-located construction events taking place throughout the week, The Big 5 offers a comprehensive programme of high-level education workshops, networking features and business and sales opportunities under one roof. Betas Glass Mosaic was proud to be a part of this exhibit. We have introuduced our latest Digital Printed & Pool Mosaics to the esteemed visitors.  Hope to meet in Dubai Big5 2020
Mosaic - Wikipedia 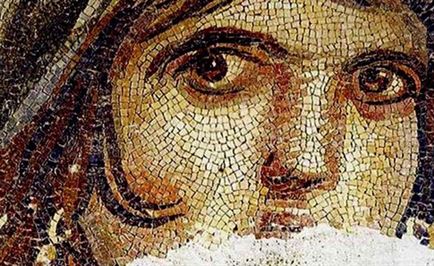 Selimiye Mosque Dome Small, different, three-dimensional pieces on a surface next to each other by creating a picture-building technique and the resulting work is called mosaic.This technique, which was first created by the Sumerians [categorized] by pottery fragments, which were created by the Sumerians [sources] five years ago, is now practiced in two forms: Generally, immerse the particles on the ground material consisting of cement. Laying plaster between glued parts. As a particle, a wide variety of materials, from ceramics to metal, from wood to glass, can be used together in a variety of shapes and sizes. Mosaic comes to mind when the works of the Roman Empire were created. Parts of these mosaics made of glazed ceramics, mostly used in city sidewalks, squares and house courtyards, may be as small as a few millimeters. Mosaics in Gaziantep Archeology Museum and in the ancient city of Zeugma are among the best examples of this period. Antakya district of Hatay also contains an outstanding collection of mosaics from the Roman period. The Byzantines, who specialize in wall and ceiling mosaics, are famous for using plates produced in Italy as a particle and made of thick, colored glass (Smalti). In this period, the windows were placed at different angles and without any plaster to better direct the light. In some designs, silver or gold leaves were attached to the back of the windows. Rather than the Roman mosaics that depicted religious images, the Byzantines created the mosaics of the aristocracy. Islamic culture is famous for the mathematical richness it brings to mosaic patterns. Even though glass cubes and stones were used in some places, Islamic artifacts were used for the pattern in general, and later, the tiles were used to fit the edges and the tile plates (Zillij) were used. Antoni Gaudi opened a new application channel to the technique by covering the seats in the Guell Park with mosaics. These mosaics can be shown as the first example of collage technique because they occur by rearranging ceramic products created for different purposes. The original name of the ceramic coating technique applied by Gaudi is "trencadis" and it is a Catalan word. It is the wearing of a building with ceramic and glass pieces that will not be used. Many modern artists, including Chagall and Picasso, have created their works in the form of mosaics and enriched the themes of mosaic works. Today, mosaics are used in many different places, from furniture decoration to floor coverings, from building coatings to room partitions. Topics range from abstract concepts to hyperrealistic portraits.
What is Crystal?

Crystalline, crystalline amorphous or cut glass is a solid geometric structure of a solid state element or compound, molecule, atom or ion heap (package). Research has shown that in almost all solids, atoms are arranged in a repetitive sequence and thus form crystalline. Glass and plastic are the major exceptions. No crystallization is observed in these substances. However, even in these substances there is a repetitive sequence in small areas. Blank substances; metals, jewelery stones and salts to a large distribution of dust particles. However, each of its atoms is arranged in a sequential manner. The detailed nature of the crystal sequence, ie its crystal structure, is different in each as a characteristic of the substance that forms the crystal. A crystalline is known for the basic structures of the angle between its surfaces and divided into seven major structures: triclinic, monoclinic, Orthorombic, Trigonal (Comboedral), hexagonal, tetragonal, Cubic. This seven crystal structure in itself 32 crystalline class; this is also divided into 230 groups. Some substances produce more than one crystal type, which is called Allotropes of that substance.
What is Crystal Glass? 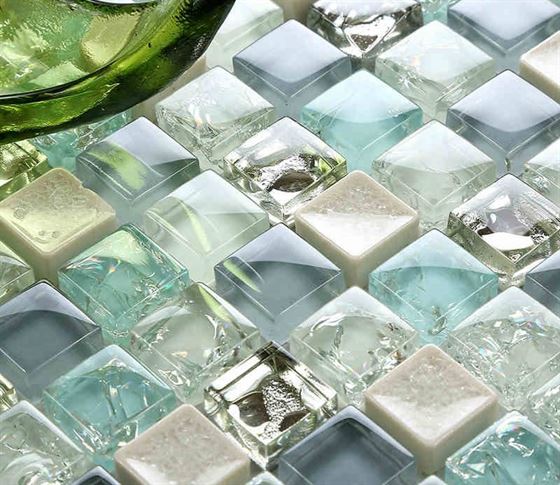 Crystal glass is the most colorless form of glass. Most colorless is the most transparent and brightest. In the glass crucibles, the silicium is selected from the raw material stage long before it is melted and liquid. This is a very special silica sand generally are imported to Turkey from Egypt. Mosaics made from these elaborately produced glass are called liters with Crystal Glass Mosaic or Crystal Mosaic expressions .....
How to cut glass with diamond?

To cut the glass, it is necessary to draw the glass to be cut. You can use glass diamond for drawing. However, the surface of the glass to be cut must be clean. The selection of the diamond to be used in glass cutting is important. The selection of diamonds according to the thickness of the glass is very important. There are varieties of diamonds according to the angles of sharpening. The angles given above show the information you need to use in the selection according to the thickness of the glass. Small angles for thin glasses and large angles for thick glass are preferred. The pressure to be applied to the plaster is very important, but this is a skill that requires skill and skill. However, as a rule, it is essential to cut glass by applying as little pressure as possible. In the choice of diamonds, it is important to choose diamonds whether they are straight or shaped or not, because you need to choose separate diamonds for separate, shaped cuts for straight cuts.
The worlds largest mosaic museum 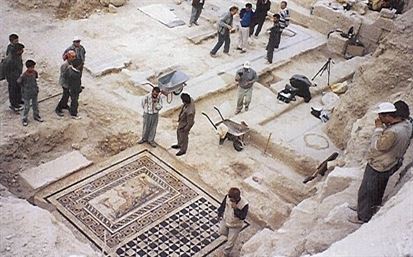 On the one hand continues the process of moving historical monuments in Turkey's largest exhibition hall has the distinction of having the Antakya Archaeological Museum and the ongoing construction. Antakya Archeology Museum, which lost its title as the second mosaic museum of the world with the Zeugma Museum opened in Gaziantep, will get this title on 29 October. In the ongoing museum, the process of moving the historical artifacts started. Some of the works that will be exhibited in the new museum were brought to the construction of the museum and they started to be arranged by expert teams in the halls where they will be exhibited. 35 thousand 433 historical artifacts will be exhibited in the new museum which will be built on a 53 thousand 559 square meter land but kept in the warehouses of the existing Archeology Museum due to lack of space. The most important feature of the museum is that it will have the largest exhibition area in the world in terms of mosaic artifacts. Antakya Mosaic Museum will have a total area of ??16 thousand square meters and a total covered area of ??32 thousand 754 square meters and 800 visitors can visit the museum at the same time. The exhibitions belonging to all civilizations hosted by Hatay, especially Hatay, will be exhibited in a total of 10 thousand 700 square meters in 9 different themes. The museum will include a 400 square meter children's museum, 2 workshops, an application center, 2 verbal course rooms, 97 square meters of souvenir sales centers, a 250 square meter library and archive section, a parking lot of 88 cars for guests, staff and visitors' vehicles and a 347 square meter cafe and there will be a rest area. The new museum will also have a 222-seat meeting room. Starting from the entrance of the museum consisting of 16 blocks, many parts of the history will shed light on the history of Hatay. Those who will visit the museum will be given information about the artifacts exhibited in the museum, and the sculptures of the Hittite King Şuppiluliuma will be shown in 3-year history. WILL TAKE THE MUSEUM TITLE FROM ZEUGMA IN OCTOBER 29 When the museum is completed, it will have a larger exhibition area in the Zeugma Museum in Gaziantep. With the opening of the Zeugma Museum, Hatay, which has the title of ünvan the biggest museum van lost to Gaziantep, will be taken back on 29 October Republic Day. WORKS ON THE NEW MUSEUM The steps taken by the expert teams in the Archaeological Museum of Antakya gradually moved to the new museum building. On the one hand, the historical artifacts brought gradually while the construction is going on are re-arranged by the expert teams in the halls where they will be exhibited. At the same time due to lack of space can not be exhibited until today, the works are taken from the warehouses and brought to the new museum and care is done here. Turkey's richest, the most extensive exhibition area with a mosaic museum also still unable to unearthed artifacts will be exhibited in Hatay due to lack of space in the various regions. The excavations were carried out at various points of Hatay and excavated by excavations, but due to lack of space, the works have been accelerated in order to carry them to the new museum.
How to tell clear glass?

How do we know if a glass is a clear glass? This is the question of the glass glass is under examination. It is necessary to observe the glass in the deepest section. In other words, if we are examining a 4 mm thick glass, we can keep the glass from 4 mm wall thickness. It contains greens in the glass.
12Next »Last