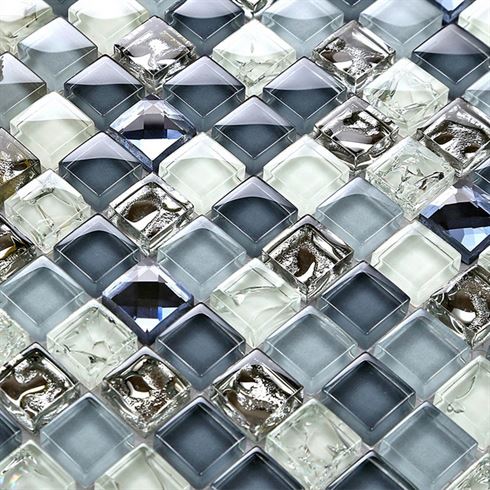 Crystalline, crystalline amorphous or cut glass is a solid geometric structure of a solid state element or compound, molecule, atom or ion heap (package). Research has shown that in almost all solids, atoms are arranged in a repetitive sequence and thus form crystalline. Glass and plastic are the major exceptions. No crystallization is observed in these substances. However, even in these substances there is a repetitive sequence in small areas.

Blank substances; metals, jewelery stones and salts to a large distribution of dust particles. However, each of its atoms is arranged in a sequential manner. The detailed nature of the crystal sequence, ie its crystal structure, is different in each as a characteristic of the substance that forms the crystal. A crystalline is known for the basic structures of the angle between its surfaces and divided into seven major structures:

Some substances produce more than one crystal type, which is called Allotropes of that substance.